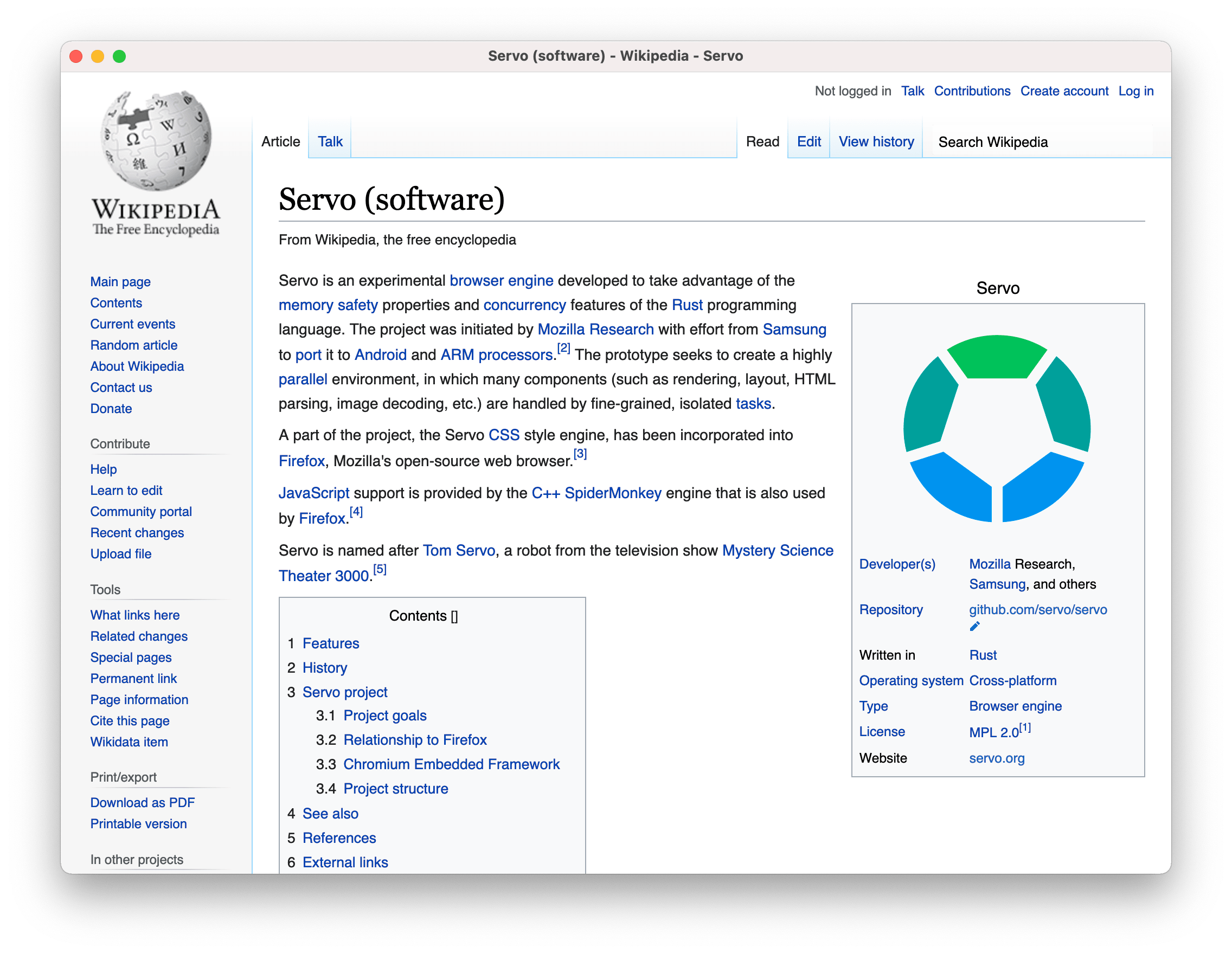 Servo is written in Rust, and shares code with Mozilla Firefox and the wider Rust ecosystem. Since its creation in 2012, Servo has contributed to W3C/WHATWG web standards by reporting specification issues and submitting new cross-browser automated tests, and core team members have co-edited new standards that have been adopted by other browsers. As a result, the Servo project helps drive the entire web platform forward while building on a platform of reusable, modular technologies that implement web standards. 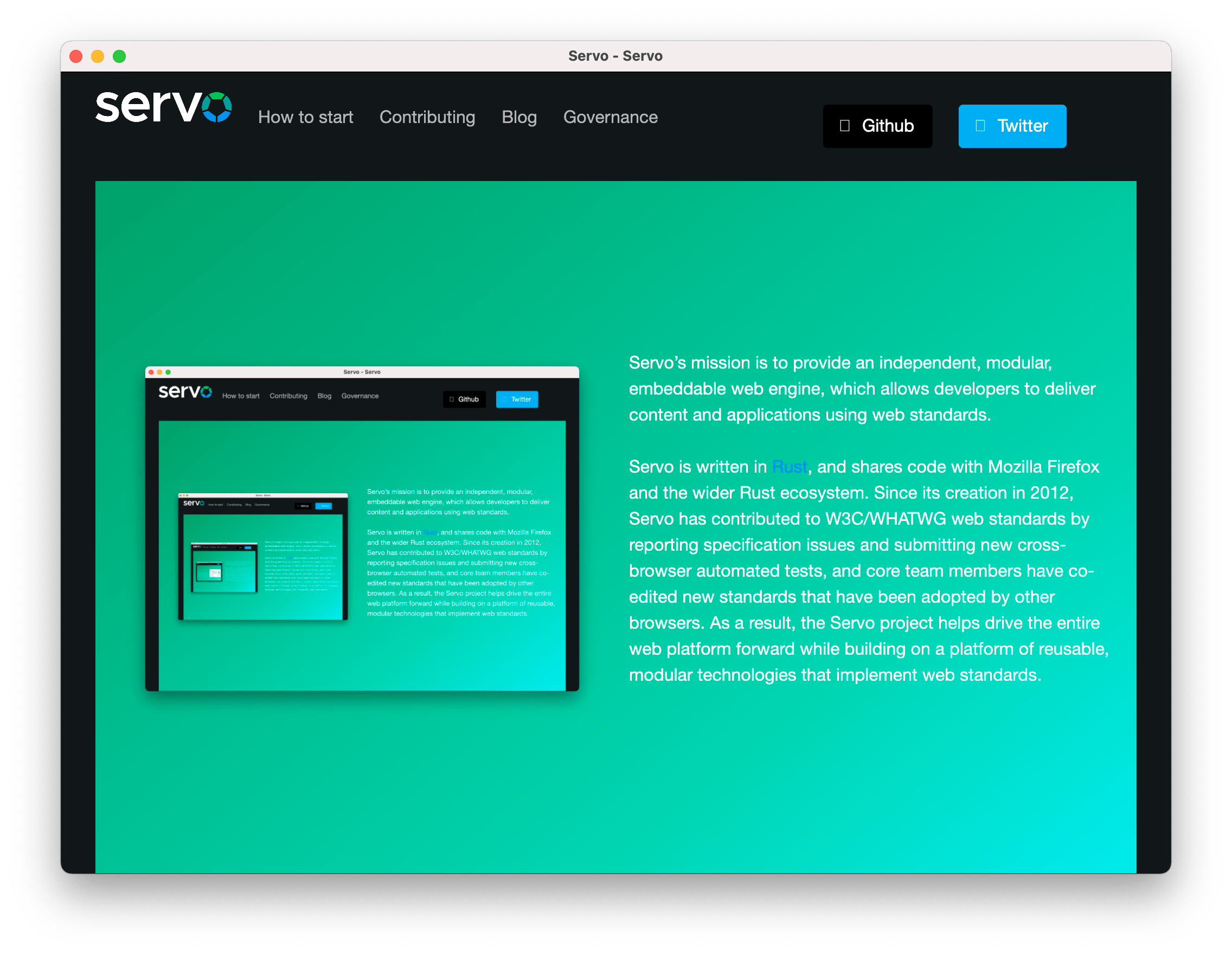 Interested in helping out the Servo Project? Please do! You could write code or documentation, test nightlies and file issues, or donate to help cover the project’s CI and hosting costs. If you know a company that would like to support the Servo Project, please have a look at our Participation Agreement get in touch: [email protected].